Summary from Amazon (not found on Orion website)
Arnold Fox - the Nanny to Mrs Buff Orpington's chicks - is back in the follow up to the charming NANNY FOX.

When Nanny Fox and the chicks visit their friends the three little pigs, they dress up just for fun - until Arnold's hungry family come hunting. Will the Big Bad Wolf come to their rescue?

Nayu's thoughts
I fell in love with Nanny Fox in an earlier title which you can find it this book's suggested read. It felt like I was meeting old friends again – although the pigs are newcomers who, since I know the traditional tale of the three little pigs, made me smile at how differently Nanny Fox treats them. It's definitely not your usual fox and pig story! I wish all foxes were like Nanny Fox, as I think they are beautiful creatures, who sadly have an appetite for several farm animals including chickens.

Suggested read
There are more books in the series including Nanny Fox (Children's, Picture book, 10E/10E), 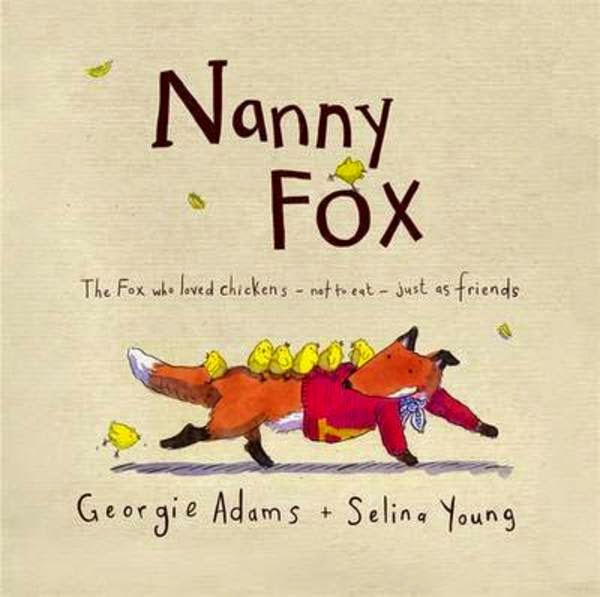 but Georgie Adams has also written The Railway Rabbits series, which include Berry and the Amazing Maze (Children's, 7 years +, 10E/10E)