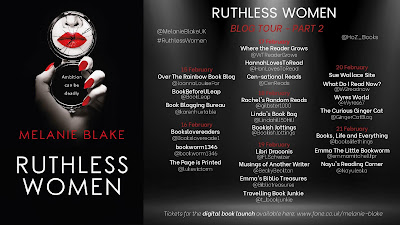 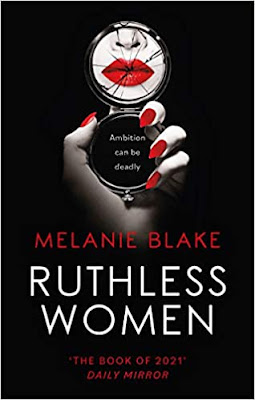 On a beautiful private island off the coast of the UK, the cast and crew of glamorous TV show Falcon Bay are at breaking point.

Ratings are falling, and their new boss is inventing ever more dramatic - and impossible - storylines to get Falcon Bay back into the number 1 slot.

Director Farrah, lead actress Catherine and producer Amanda are the driven, ambitious women holding the show together. With so much at stake, they will stop at nothing to stay in the jobs they love and on the island they call home.

Can these women team up to bring down their rivals? Or will scandal, betrayal and ambition tear them apart?

Wow. I have just finished reading this and let me say the ending is impressive. There is so much to like about this, especially the strong, determined women who despite their mistakes keep fighting for what is right. The only reason this didn't get a top grade is because I had really wanted one of the women not to be so eager for romance - well, not even romance, but I'd wanted one to be someone I could relate to, even if they then went off the rails. The inappropriate for under 18s scenes are graphic and nothing is left to the imagination: I did skim read them only to see where they stopped. I'm more a left off the page girl for those topics, so a fair amount of blushing happened. However, I can see it was all keeping with the characters' personalities and was important to the plot.

Moving on to the overall story, honestly I prefer this book to Melanie's previous book, The Thunder Girls, which I've read possibly because I have more interest in soaps - or should I say continuing dramas? - than the music industry, and find learning about film sets fascinating. It is important to point out that Melanie does a brilliant job of showcasing gender inequality in the film world, especially when it comes down to women becoming mothers. It is horrifying how mean the antagonists are, more so because it happens in real life outside of the book's pages too. It touches on the #metoo movement which is important for every person, no matter their gender. I can easily imagine those scenes in the book happening in the past and sadly in the present. I just hope the future will see changes to that.

I promise the characters who are wronged get their revenge one way or another. I personally think it hints there may be a sequel one day, just because of how one is at the end. Farrah, Catherine and Amanda have strong personalities, some with admirable tenacity and inner strength despite not always taking life choices I would make. The way the women bond and band together when wronged is how it should be. All of them make mistakes they are not proud of. As someone who is sick a fair amount due to chronic illness rather than overindulgence in alcohol, I felt so sorry for the character who has a vomit accident in front of people. Yes it was her fault, but it is horrid being sick let alone over someone else with an audience.

There is a lot of emotion and it's not a case of women being ridiculous. There is nothing ridiculous about them in this book, other than that some of the male characters are dimwits who completely underestimate them. The emotions surrounding each main character's current life are raw and powerful, even if they are at fault for their own circumstances. I don't have to have experienced all they did to connect with them on an emotional level, to want their lives to straighten out - especially their public humiliations. I'm human, I feel things, I have my own experiences to draw on and I can imagine the embarrassment the women felt as it dripped from the page. They may have caved a little under the weight of what was happening, but they all drew on their inner strength, leaning on each other literally at times when needed. Women can be ruthless, but when gathering together to fight a cause they are unstoppable.

Because there was a lot of drug and alcohol abuse, neither of which I can relate to, I suppose the character I liked the most was Amanda who for the most part abstained from all that. She excused so much of her husband's behaviour, how he treated her at work and at home, but mercifully sees sense eventually, especially when he makes major errors regarding their daughter Olivia. I was aware before reading Ruthless Women, how women can be sidelined at work after they have a child, which is completely wrong. They are as capable as anyone else, and actually talented at multi-tasking, so should not be underestimated. I liked that the women weren't all in their 20s and 30s, it gave a different perspective to what was going on, showing that older absolutely does not mean past it or unfit to keep acting. Farrah was a bit too wild for me, and I did admire Catherine a lot because of her age and all she had experienced.

Shoutout to the shark who was cool for existing. I had actually expected there to be deliberate foul play by a certain someone against a certain someone, so it was nice to be surprised by that plot twist. Almost every plot twist was unexpected, a sign of great writing that I appreciate and like. I truly want a sequel to Ruthless Women, as I'm sure there is more drama to be had at Falcon Bay. Regardless of if that happens, I am definitely keeping an eye on Melanie's future books!